What is the Miracle Crop that feeds the World?

What is the Miracle Crop that feeds the World? | ANKO FOOD MACHINE CO., LTD.

What is the Miracle Crop that feeds the World?

Did you know that more than half of the world’s population take rice as their staple food? This makes rice not only a miracle crop, but also one of the most important foods on the earth! There are many different cultivars of rice that varies in grain length, flavor, texture, and all of them can be made into different dishes, snacks and even desserts.

A grain of rice may be small, but it is one of the most widely consumed and important foods in the world. Different types of rice are grown across all the continents from Asia to Africa; these grains contain many vitamins, minerals, and carbohydrates every human body needs. Rice provides more than 20% of the calories consumed worldwide, nourishing, and shaping people’s lives in different cultures.

According to market research by IndustryARC , the consumer market for rice and rice-based products will increase steadily with a 2.9% compounded growth and is estimated to reach 313 billion U.S. Dollars by 2025. For frozen rice meal products, 360researchreports predicts the market will grow at a compounded annual growth rate of 8.76% reaching 1.5 billion U.S. Dollars in 2025.The history of rice cultivation is very ancient in time. Rice cultivars may vary in grain length, flavors, textures, and taste depending on their genetics, this contributes to fascinating and diverse rice dishes and rice cuisines all over the world.

Soul comforting food for the world

Husks are usually removed from the rice grains before being boiled or steamed; it's not only a staple but a very versatile ingredient for cooking. In the Middle East, rice is often prepared with spices, nuts and served with meats. In other countries such as Turkey or Greece, grape leaves can be filled with rice to make yaprak sarmasi or dolmas. There are many rich and flavorful rice dishes in Southern European regions as well, such as the Italian risotto and Spanish paella. In contrast, rice is almost always cooked and consumed with beans in regions such as the Caribbean and Latin America. In certain parts of Africa, rice is often used in dishes made with seafood, tomato sauces, or coconut milk. The diverse uses of rice in the preparation of culinary dishes makes it one of the most satisfying foods on earth!

In Asia, rice is often served with vegetables and meat dishes, or cooked into Japanese style Takikomigohan (炊き込みご飯）, Donburi, and mixed rice bowls. Sushi is the ultimate way to consume rice in Japan; rice is topped with high-quality sashimi [raw fish] and made into Nigiri. To accommodate the tastes of people in the United States sushi is often made with local ingredients such as avocado, cream cheese, and imitation crab instead of raw fish thus creating the invention of the “California Roll”.

Fried rice is another traditional way of enjoying rice known as "Nasi Goreng" in Southeast Asia. Fried rice is quite flavorful and can be made quickly making it a favorite all over the world.

Many savory snacks and desserts are also made with rice or rice flour. A famous example is golden "Arancini”; a delicious, deep-fried rice-filled ball from Sicily in Southern Italy. The classic Karelian pies are made with a rye crust, butter savory rice filling, and then folded into little boat-shaped pastries that are famous in Finland. Calas, a traditional sweet rice fritter from New Orleans has become very popular, but Rice Pudding is probably the most favored rice dessert in the world.

In Asia, steamed rice can be flavored and formed into savory rice cakes and rice balls served as a light snack. Many sweets are made with rice flour, such as Chinese-style deep-fried crispy sesame balls, Lad-Cheag a colorful starchy noodle dessert from Thailand, an iced dessert named "cendol" from Malaysia, and so are the Hakka style silver pin noodles. For something a bit more sticky, short-grain rice can be made into mochi, sticky rice balls, which are also known as tang-yuan (湯圓). In Korean Songpyeon (송편) and Japanese Dango (団子) are enjoyed by many people.

Rice plays an essential role in many Asian countries, especially during festive celebrations such a countries’ New Year. Rice can be milled into flour or rice milk to make rice cakes, vermicelli, and noodles. Glutinous rice is actually gluten-free and known for its unique sticky texture and sweetness.

Many traditional Asian rice cakes are dyed with natural food coloring and formed in special molds, giving each an auspicious meaning to the food product. Take the red tortoise cake (紅龜粿) for example; it implies longevity, blessings, and prosperity and is often used as offerings over religious events or worships. Grassy vegetable juice and pandan leaves are often used for making sweet green rice balls (青糰) and Nyonya Kui (娘惹糕) known for their vibrant colors and flavors. Many of these festive rice cakes or rice balls are made into spherical shapes for the connotation of "reunion" in the Chinese language. Special names are often given to these foods to bring good luck or fortune. Something as simple as mochi can be filled with bean pastes, strawberries, or ice cream, making this another delightful way to enjoy rice every day. 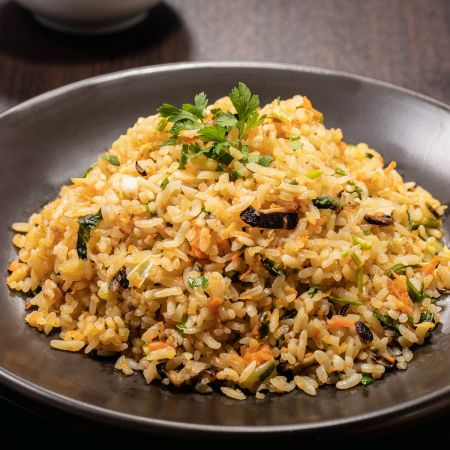 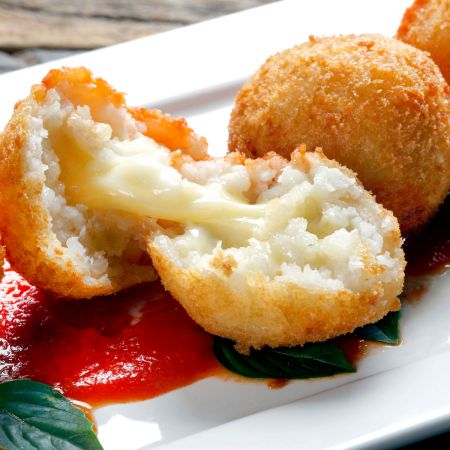 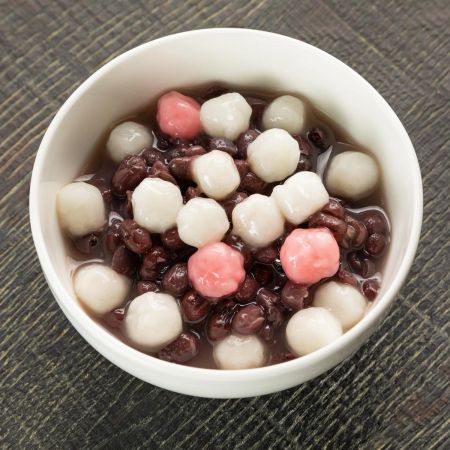 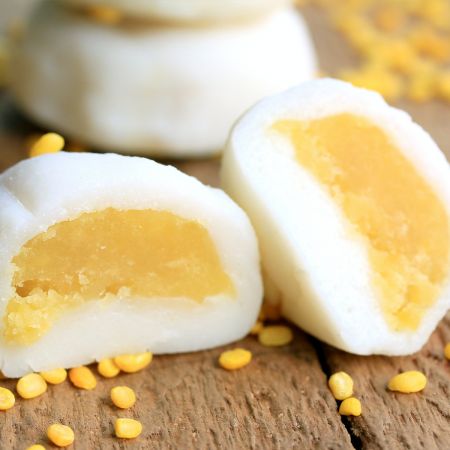 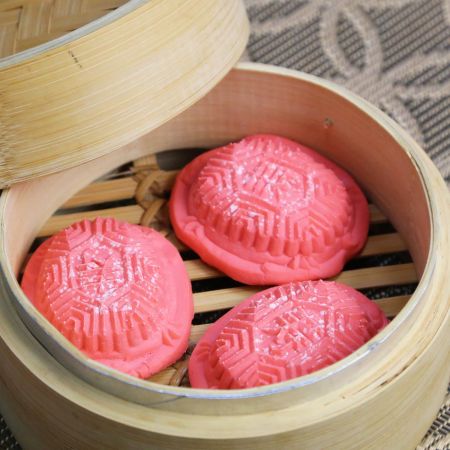 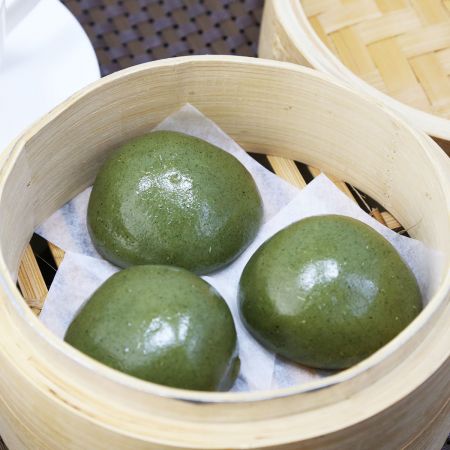 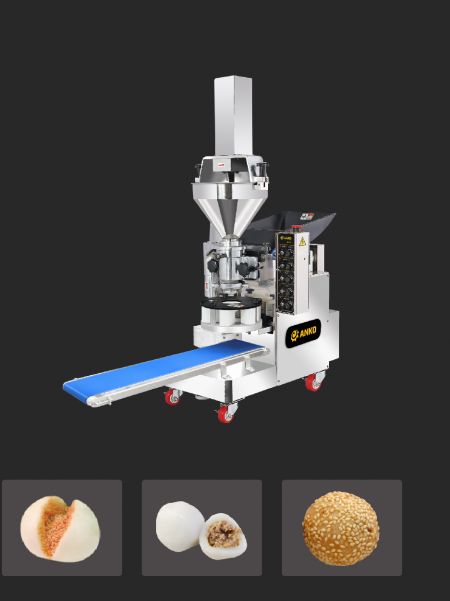 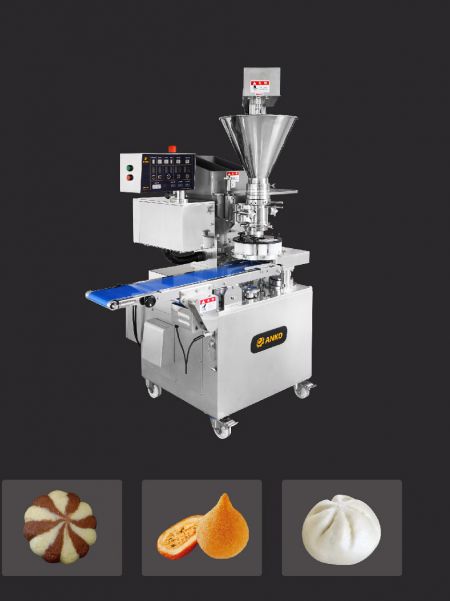