Do you know that, after the Indian lacha paratha was introduced to Southeast Asia, it becomes so popular that the price is used as an economic indicator, and it is ordered the most at two largest delivery companies in Malaysia? In addition to the classic flavor, what flavors are created to satisfied cravings? The issue offers a glimpse of the importance of Indian lacha paratha in Southeast Asians’ lives.

There’s a type of delicious flatbread that you will find in Malaysia and/or Singapore, sold on the streets and in restaurants, readily available to satisfy your appetite. It’s named “roti canai” in Malaysia, also known as roti prata in Singapore and, it’s called roti cane in Indonesia. But in fact, they’ve all derived from “lacha paratha”, a type of layered flatbread originated in India.

Lacha paratha was introduced to Southeast Asia by immigrants from India, and was made popular in countries such as Brunei, Malaysia, Singapore, Indonesia and Burma; not only has it been rooted in the daily lives of the common people, but also eventually shaped by the different cultures and traditions. Take Malaysia for example, lacha pratha evolved from the Mamak Stalls, known as roti canai. “Roti” means bread in Sanskrit, and canai may refer to Chennai, a city in India; or the Malay word for “to roll flat” (the dough). Despite the origin or its name, roti canai has become a staple of Malaysia, and have recently been upgraded from a breakfast or street food item, into courses that could be served at proper restaurants. According to a report by The Star (newspaper), during the MCO (Movement Control Order) in 2020 due to Covid-19, roti canai had become the most popular item sold on GrabFood and FoodPanda, two of the leading online food delivering platforms in Malaysia, performing better sales than nasi lemak (coconut rice) and other local comfort foods, confirming its irreplaceable dietary importance. 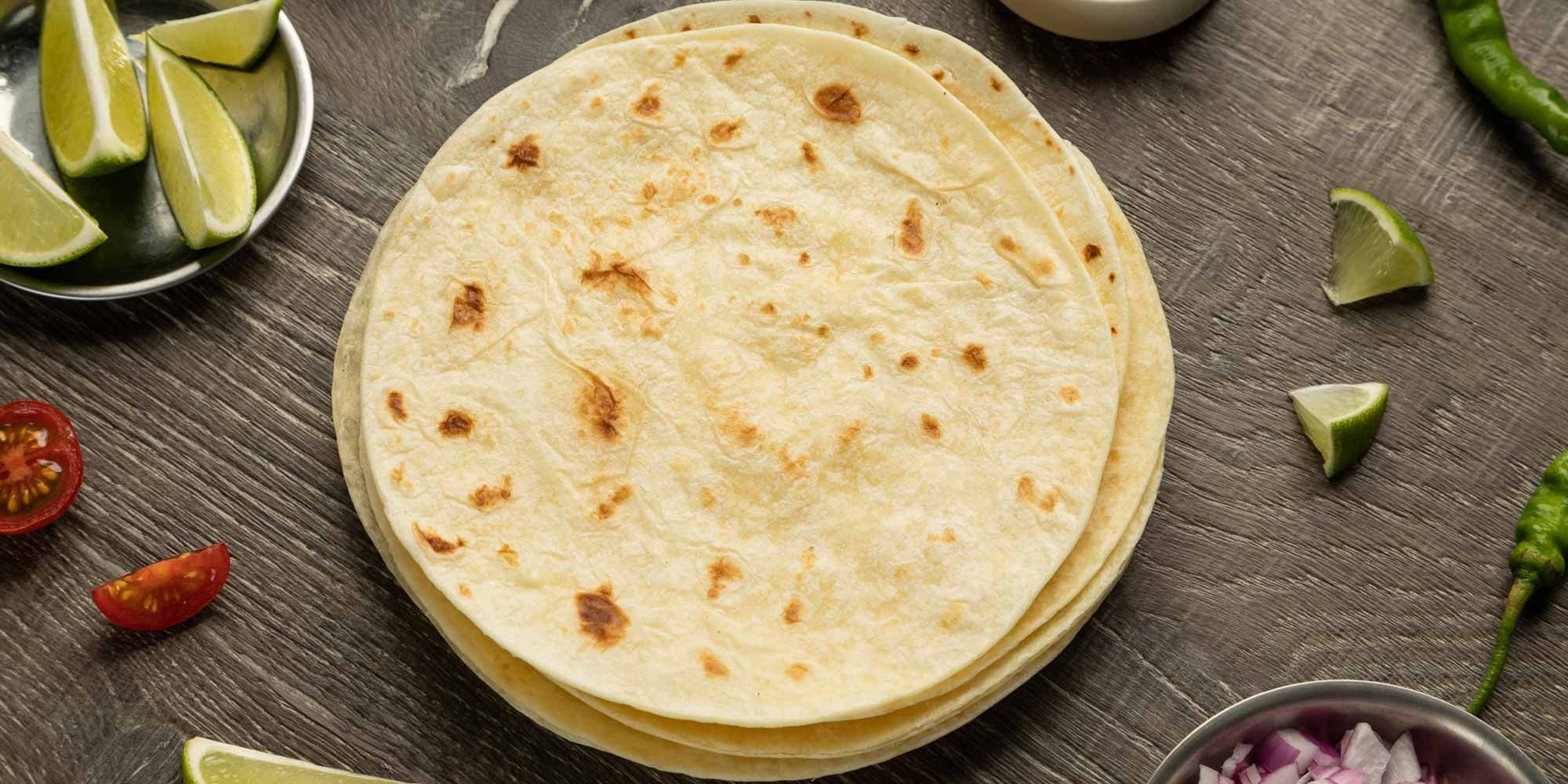 In India, Lacha paratha is made with leavened dough, after flattening the dough out with a rolling pin, it’s brushed with oil, sprinkled with extra flour, and then it’s either pleated or cut into strips and rolled into a bundle to create the fluffy layers. However, in many Southeast Asian countries, roti canai/prata is made differently; the dough is first divided, oiled, hand-flipped on a flat surface and spread paper-thin, then by folding air pockets into the dough while gathering it together into a long string, it’s then spiral it into a ball, and pressed into a handmade layered flatbread. Finally, after cooking it on a griddle, and it’s loosed up a little with a pinch before serving. The authentic way to enjoy these delicious soft and flaky roti canai is with dal (lentil) or mutton curry. Otherwise, condensed milk and a cup of milk tea are often served as the sweet option.

Moreover, when such a classic dish falls into the hands of talented chefs, new recipes are created with various local ingredients and inspirations. In Malaysia, roti can be served with margarine as roti planta, with onion as roti canai bawang, and with bananas as roti pisang. Sardines could also be used in the dish to create roti sardin, or simply crack an egg on top to make roti telur. In Singapore, there is also durian and kaya flavored roti available. 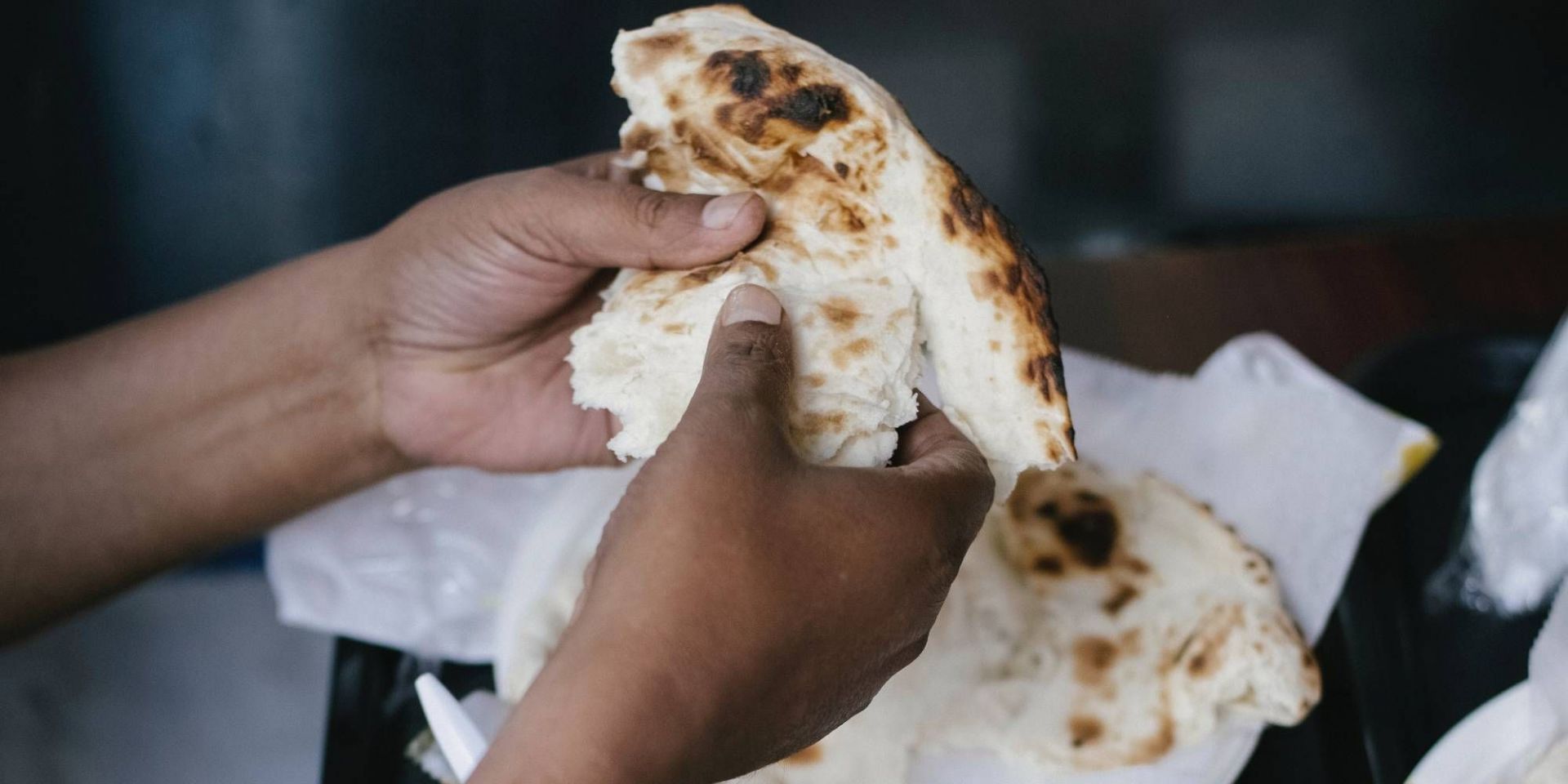 Interestingly, roti canai is also used domestically in Malaysia as an indicator of economic fluctuation, instead of the global Big Mac Index. According to “Cilisos”, a Malaysian website, roti canai was sold at the average of 0.33 MYR in the 1970’s, and the price increased up to 0.48 MYR in 1990, and escalated up to 1.3 MYR in 2018. The price may have folded 4 times in the past 50 years, but still affordable and cheerfully available to fulfill every hungry soul.

LAP-5000 is designed with a unique dough stretching function, that can pull and expand the dough into 0.8mm thin sheets that are almost transparent; then cooking oil will be automatic spread onto the paper-thin dough sheets, to be folded and rolled into flatbreads that appear and taste like handmade products.

ANKO has been offering customers high-quality food machines, both with advanced technology and 44 years of experience, ANKO ensures each customer's demands are met.